​Dr. Eberhardt grew up in Phoenix and attended both high school and undergrad in the Valley. After graduating from veterinary school at Colorado State University, he completed an internship at The Ohio State University and an internal medicine residency at the University of Missouri. During his residency, he also graduated with a master’s degree after completing a thesis based upon novel therapies in feline asthma. He became a diplomate in the American College of Veterinary Internal Medicine in 2010. After his residency, Dr. Eberhardt moved back to Phoenix and was in private specialty practice for four years. In February 2014, he became one of the earliest faculty members at the new College of Veterinary Medicine at Midwestern University. He served in many capacities at Midwestern University, including two and a half years as the Director of the Companion Animal Clinic. He is currently an adjunct faculty member at Midwestern University. Dr. Eberhardt has returned to private practice with a renewed love for working directly with pets and their owners. 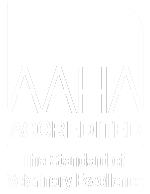